How Brands Can Leverage the ‘Buy American’ Movement 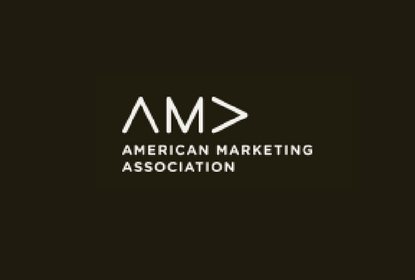 According to a 2015 Consumer Reports survey, nearly 80% of consumers say they would rather buy an American-made product than an imported one, and 60% are willing to pay 10% more for it.

In his 2017 inaugural address, President Donald Trump vowed to “follow two simple rules: buy American, and hire American.” Organizations such as the Buy American Movement—which was founded on the premise of promoting American-made goods and services—are also gaining popularity.

But buying American is not just a matter of price and quality. Decades of research has identified four drivers of country-based branding: country branding, country animosity, consumer ethnocentrism and local identity. How can brand managers leverage these drivers to build on the “Buy American” movement?

A product’s country of origin is known to affect people’s opinions about the product. Consumers hold certain beliefs and associations about a country’s capabilities, its state of development and its relevant history. These associations can affect whether consumers view products associated with that country in a positive or negative light.

For example, a French wine’s association with France will likely lead us to the conclusion that it is of a higher quality than a wine from India. Likewise, Italy’s brand is associated with high fashion and quality clothing. These associations are rooted in our perceptions of countries’ brands, what they are known for and what they’re trusted for.

Brand managers can define and highlight specific attributes of quality, reliability, design and innovation that are associated with the U.S. For example, many companies conduct quality and design work for their products in the U.S. but don’t highlight this phase of development to their customers. Doing so could help them capitalize on the U.S. national brand and increase perceived quality.

Historical interactions between nations can promote and cement feelings of animosity—both economic and militaristic. For example, a study of Chinese consumers published in the Journal of Marketing shows that their animosity toward Japan negatively affects their evaluations and willingness to buy Japanese brands.

Animosity toward a country is a potent and often deep-seated emotion that can be difficult to reverse. Marketers should use consumer research to determine associations related to country animosity and carefully position their brand to minimize any negative effects. For example, Tiffany & Co. has had a strong presence in Russia since 2013 and in China since 2008. Yet within the U.S., Tiffany deemphasizes its presence in both countries to avoid spillovers of country animosity.

Consumer ethnocentrism is the belief that it is fair, appropriate and moral to buy products made in one’s own country because it supports domestic jobs and helps the economy. A higher level of ethnocentrism among American consumers motivates them to buy American because of a sense of fairness to American workers and a desire to promote the American economy.

To leverage ethnocentrism, brand managers should strategically link their brand to domestic jobs, to growth in the domestic economy and to a general sense of fairness.

Consider foreign-based companies Toyota and Honda as examples: To capitalize on the ethnocentric tendencies of U.S. consumers, both companies have worked through difficult periods to successfully rebrand themselves as key producers of American jobs and as positive contributors to the American economy.

In fact, the top five vehicles in the 2016 American-Made Index by Cars.com were produced by Toyota and Honda, with Camry and Accord enjoying the top spots. Featuring this success prominently in their positioning and branding has helped Honda and Toyota dominate the U.S. market.

Consumers’ local identity is the extent to which they identify with their local community rather than the larger, global world. Forthcoming research in the Journal of Marketing shows that consumers with a strong local identity are more invested in local causes and are willing to pay more for locally sourced products.

Consider the 95 million-plus customers who shopped at neighborhood businesses for American Express-sponsored Small Business Saturday. That is not a small niche of well-intentioned consumers pursuing an obscure cause. That is a major movement driven by consumers’ strong commitment to local identity.

In addition to promoting their brand’s association with America at the country level, brand managers can highlight local aspects of their products. For example, Shinola proudly promotes its roots in Detroit and Ben & Jerry’s celebrates its association with Vermont. Brand managers can clearly associate their products with regional and local communities and attach their brands to causes that support and nurture this sense of local identity. The key is to stay local, even while selling nationally.

Leveraging the “Buy American” positioning will require managers to plan carefully. The planning process will start by surveying customers to bring greater clarity to important nuances: How much do customers care about local versus national causes? Is the customer base driven more by ethnocentrism, local identity or perhaps both? What are the different countries with which a brand is associated? How do customers feel about those countries? Do these countries impart a positive or negative spillover to the brand? If a brand is multinational, what perceptions do customers have about the different countries in which the brand has a presence?

A better understanding of these nuances—gained through customer surveys and critical observations—will provide a roadmap for brand managers to maximize the impact of “Buy American” positioning.

What? “Buy American” is a sentiment among consumers in the U.S.

So what? Marketers must understand the identity-based mechanisms that drive the sentiment to benefit.

Now what? Use surveys to measure and better understand consumers’ perceptions of the country brand.