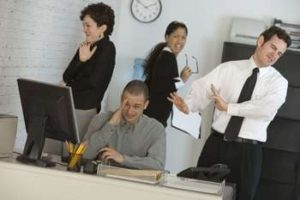 While feelings of disgust can increase behaviors like lying and cheating, cleanliness can help people return to ethical behavior, according to a recent study by marketing experts at Rice University, Pennsylvania State University and Arizona State University. The study highlights the powerful impact emotions have on individual decision-making.

“As an emotion, disgust is designed as a protection,” said Vikas Mittal, the J. Hugh Liedtke Professor of Marketing at Rice’s Jones Graduate School of Business. “When people feel disgusted, they tend to remove themselves from a situation. The instinct is to protect oneself. People become focused on ‘self’ and they’re less likely to think about other people. Small cheating starts to occur: If I’m disgusted and more focused on myself and I need to lie a little bit to gain a small advantage, I’ll do that. That’s the underlying mechanism.”

In turn, the researchers found that cleansing behaviors actually mitigate the self-serving effects of disgust. “If you can create conditions where people’s disgust is mitigated, you should not see this (unethical) effect,” Mittal said. “One way to mitigate disgust is to make people think about something clean. If you can make people think of cleaning products – for example, Kleenex or Windex – the emotion of disgust is mitigated, so the likelihood of cheating also goes away. People don’t know it, but these small emotions are constantly affecting them.”

The researchers conducted three randomized experiments evoking disgust through various means. The study involved 600 participants around the United States; both genders were equally represented. In one experiment, participants evaluated consumer products such as antidiarrheal medicine, diapers, feminine care pads, cat litter and adult incontinence products. In another, participants wrote essays about their most disgusting memory. In the third, participants watched a disgusting toilet scene from the movie “Trainspotting.” Once effectively disgusted, participants engaged in experiments that judged their willingness to lie and cheat for financial gain. Mittal and colleagues found that people who experienced disgust consistently engaged in self-interested behaviors at a significantly higher rate than those who did not.

In another set of experiments, after inducing the state of disgust on participants, the researchers then had them evaluate cleansing products, such as disinfectants, household cleaners and body washes. Those who evaluated the cleansing products did not engage in deceptive behaviors any more than those in the neutral emotion condition.

The findings should help managers and organizational leaders understand the impact, both ethical and unethical, of emotions on decision-making, Mittal said.

Mittal said the deeper meaning of the study’s finding is that these powerful emotions can be triggered by various innocuous-sounding things when people are reading the newspaper or listening to the radio. “What we found is that unless you ask people, they often don’t know they’re feeling disgusted,” Mittal said. “Small things can trigger specific emotions, which can deeply affect people’s decision-making. The question is how to make people more self-aware and more thoughtful about the decision-making process.”

Mittal mentioned Warren Buffett as an example of a smart decision-maker who avoids paying too much attention to the news. “If you’re making important decisions, how do you create an environment that is less emotionally cluttered so you can become progressively more thoughtful?”